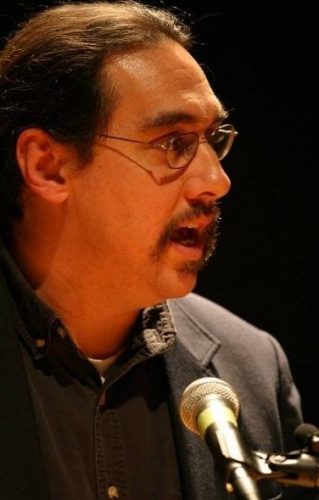 Humans are wired to be story tellers…that’s kind of the signature element of oral history…in a way it kind of goes back to if you had a grandmother or grandfather, you remember the power of the story that they told.

Dr. Paul Ortiz is the director of the award-winning Samuel Proctor Oral History Program and associate professor of history at the University of Florida.

He is president of the Oral History Association for the 2014-2015 term. He has previously served as vice-president as well as chair of the nominating committee for the OHA. His publications include the Emancipation Betrayed (University of California Press) a history of the Black Freedom struggle in Florida, and Remembering Jim Crow: African Americans Tell About Life in the Jim Crow South (New Press) which went into its 4th printing in 2014.

He is the recipient of several book awards including the Lillian Smith Book Prize conferred by the Southern Regional Council & the Harry T. and Harriett V. Moore Book Prize bestowed by the Florida Historical Society and the Florida Institute of Technology. His forthcoming monograph is titled: Our Separate Struggles are Really One: African American and Latino Histories and will be published by Beacon Press as part of its ReVisioning American History series. He is also co-authoring the forthcoming book Behind the Veil: African Americans in the Age of Segregation, 1895-1965 with William H. Chafe.

Paul has published essays in a wide array of publications including Latino Studies, The Oral History Review, Radical History Review, Truthout, Against the Current, Southern Exposure and McClatchy News Services. He writes frequently for the popular press about African American and Latino histories and politics. He has been interviewed by ABC News, the Washington Post, the Hong Kong Daily Apple, BBC, Russia Today News, Agencia De Noticias Del Estado Mexicano, and Time on historical and contemporary social issues.

Paul serves on the international editorial boards for Kalfou: A Journal of Comparative and Relational Ethnic Studies as well as for Palgrave Studies in Oral History, Palgrave Macmillan Books. He has served as a Post-Doctoral Faculty Mentor for the Woodrow Wilson National Fellowship Foundation as well as for the Ford Foundation Fellowship Program.